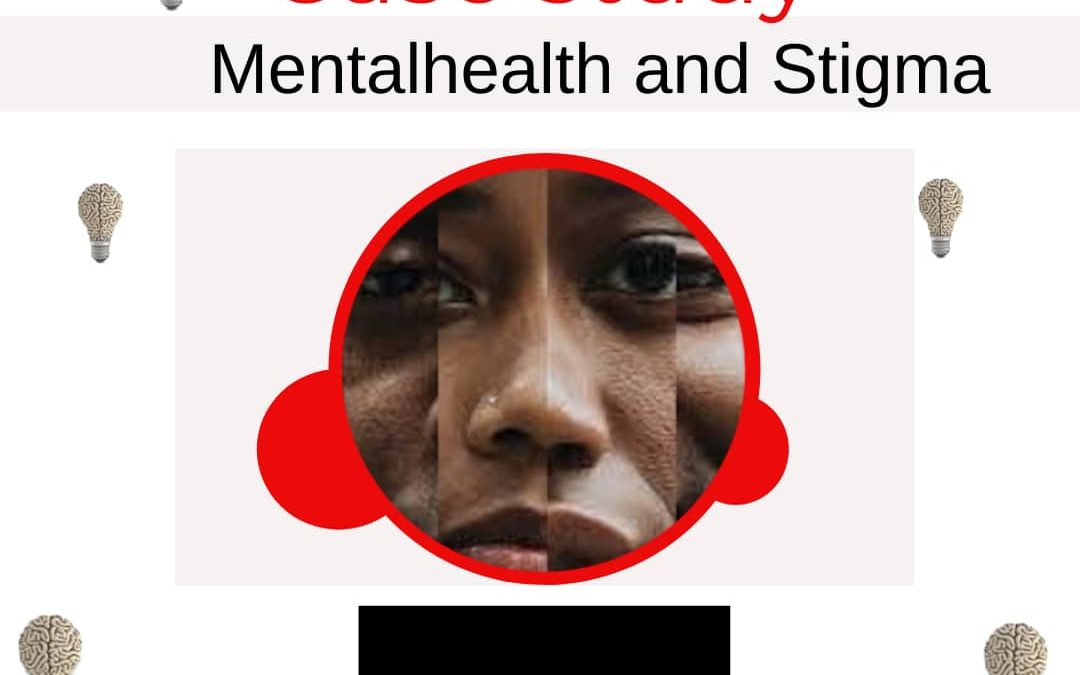 Persons living with mental illness (PLWMI) have a myriad of struggles ranging from the mental health disease condition itself to the misunderstandings of others about the illness (stigma) and the self-stigma they often have, the feeling that, I am different and flawed (a way of looking at oneself) due to the prejudices of others/society. Stigma is a way of seeing others or oneself as blemished, defected or stained.

The effect of stigma is multifaceted and can be seen in difficulties of people living with mental illness to hold down jobs even when the illness had not hitherto affected their performance, difficulty in finding love – relationships and when this is found before the onset of the illness, many times the partners are constantly reminding the sufferers, their related difficulties  to the diagnosis, family and friends often walking on egg shells around the sufferers even when there is little or no obvious reasons to do so or even restricted from holding societal positions.

Stigmatization is understood as an attitude or behavior that deprives a PLWMI his/her ability to live with the total human dignity and required quality of life available in the society. This is sometimes intentional, conscious behaviors while at other times unconscious discrimination coming from misconceptions, lack of knowledge about mental illnesses, prejudicial stereotypes and public traditional unfounded beliefs.

This is heightened by the case of Tolu a 42-year-old banker, mother of one – who became pregnant after a 10-year secondary infertility. During this pregnancy, her husband was very caring and doting since the pregnancy was challenging ranging from the excessive vomiting to her constant pain (indeed it was a difficult pregnancy). Then the delivery came and to everyone’s relief “the storm is finally over”. Unfortunately, the storm seems just gathering! By the third day of delivery Tolu had started crying excessively and with inability to sleep (her mum quickly took the baby at night to reduce her nightly distress) but she started becoming more irritable – complaining of extreme tiredness – trying to distance herself from the baby and even sometimes not asking for him for more than 12 hours, when the husband talked to her about this “she confessed of having thoughts of harming the baby” alarmed he called in a mental health expert and it was discovered she’s been hearing voices of people she can’t see telling her she’s not a good mother and cannot be. She’s so distressed that she feels like killing herself and had tried severally.

After a successful admission and treatment in a mental health facility Tolu became fine, coming back home she discovered her husband seem not to want to leave her with the children any longer, he was no longer his usual self with her (seem to be unnaturally gentle “more like – afraid”  of her that she might go off the hook during any argument), on resumption in her office, she was moved to desk filling section (which limits her career prospects) and after 6 months was suddenly relieved of her employment despite having no complaints or reasons for termination. Finally, during an extended family reunion decided to support a cousin with funds but later discovered her mum quickly called her husband to verify if she’s not out of track recently at home and when she got an all clear, that was only when the cousin agreed to finally receive the cash gift. This greatly affected Tolu as her only previous episode was more than two years ago and she had gone on to successfully navigate her life – hold down a thriving business – fulfill her daily living responsibilities but it’s as if the society is unable to accept her due to the misunderstandings about the illness (mental health).

If you or your loved ones suffer from any form of stigma or mental health disorders don’t isolate them or yourself, don’t define them/yourself by the illness, get help by seeking support groups around you, get treatment and speak out against stigma.